Add to your shortlist! Added to shortlist 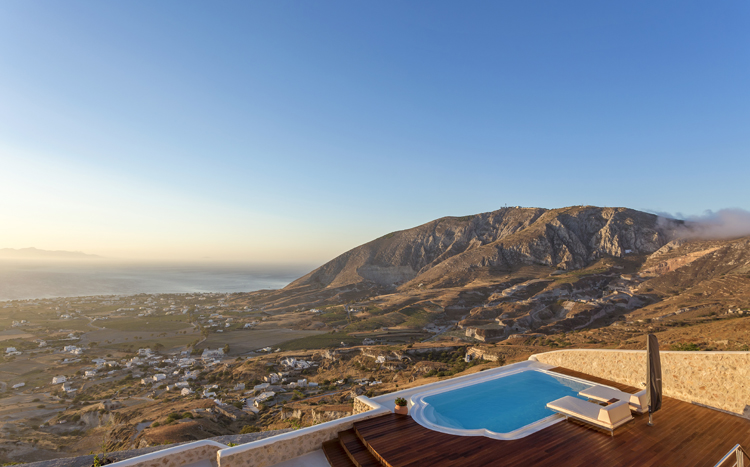 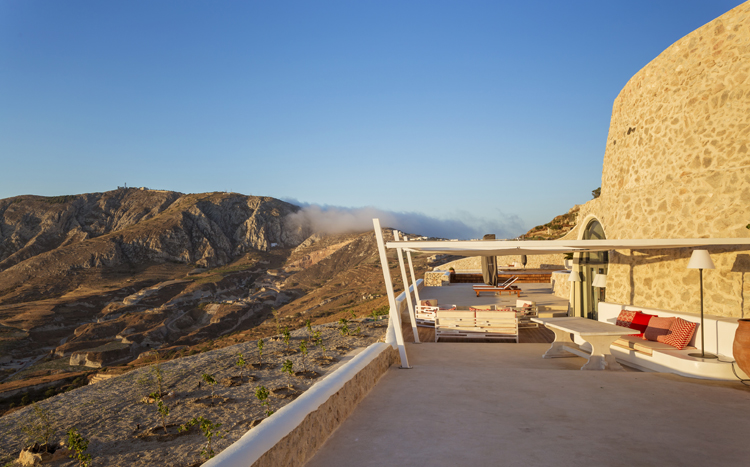 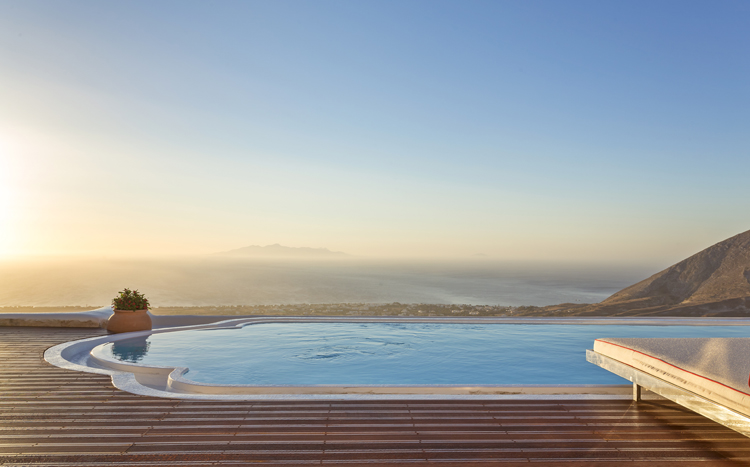 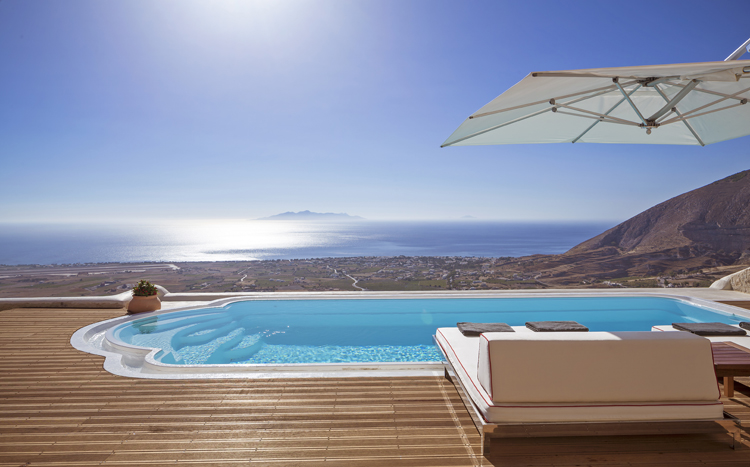 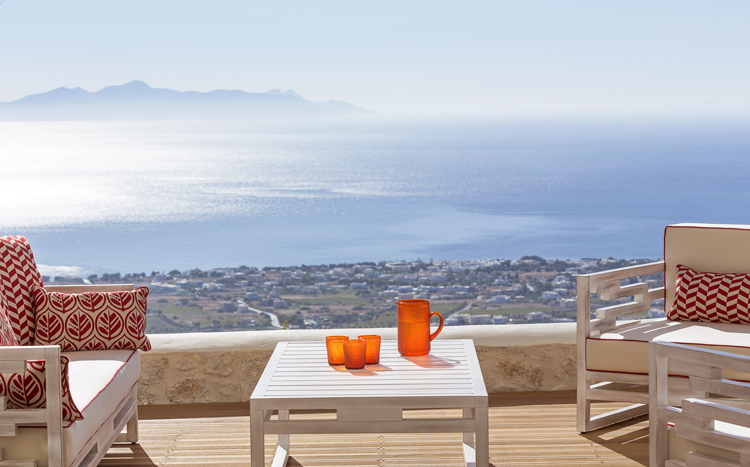 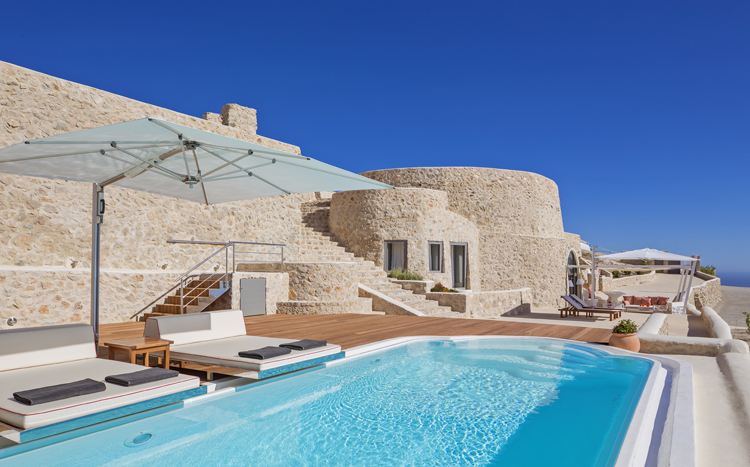 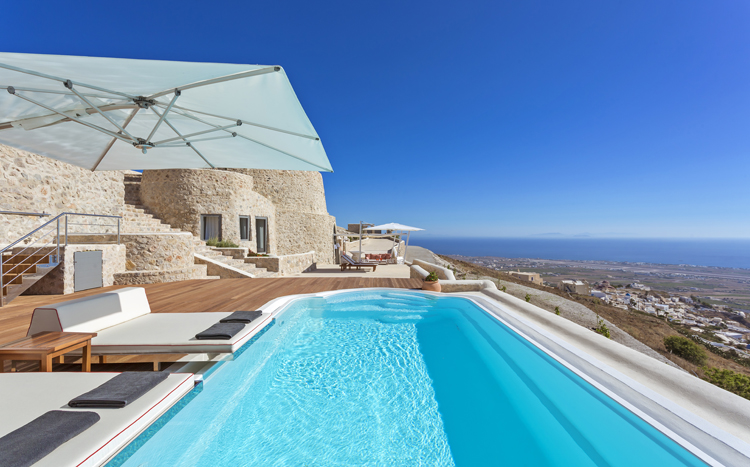 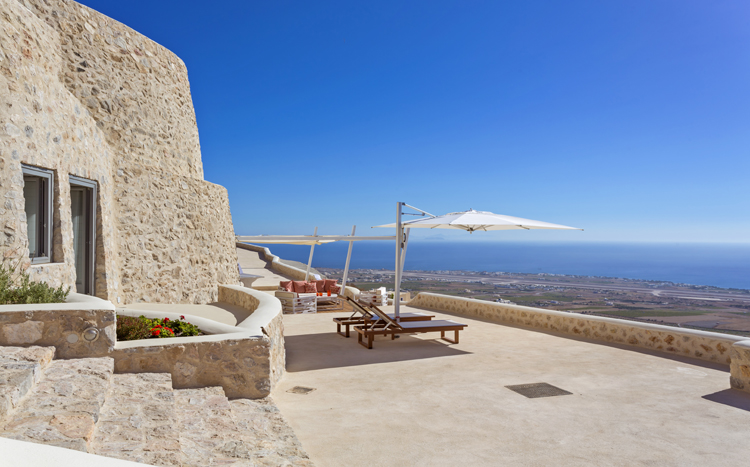 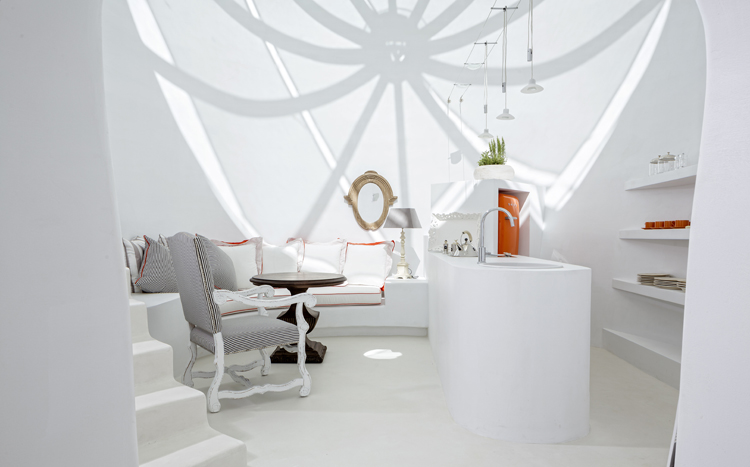 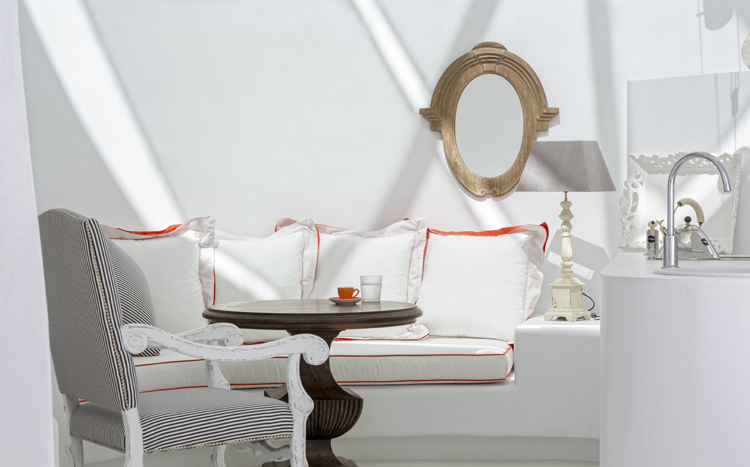 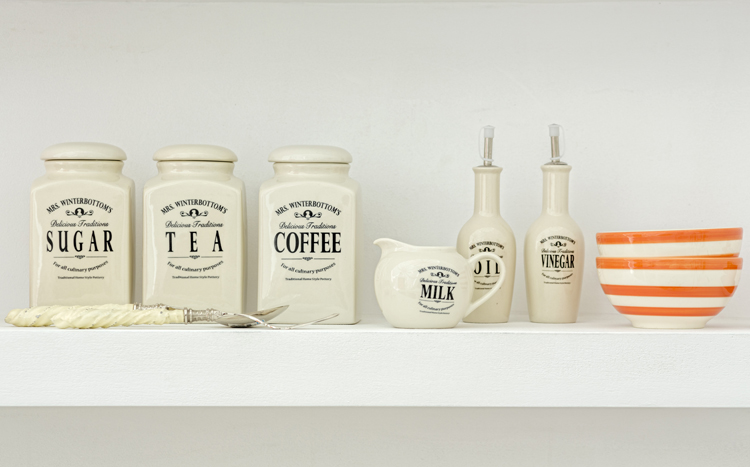 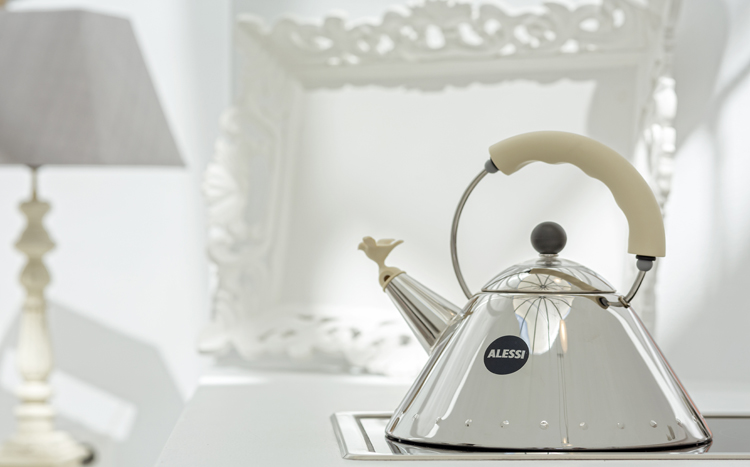 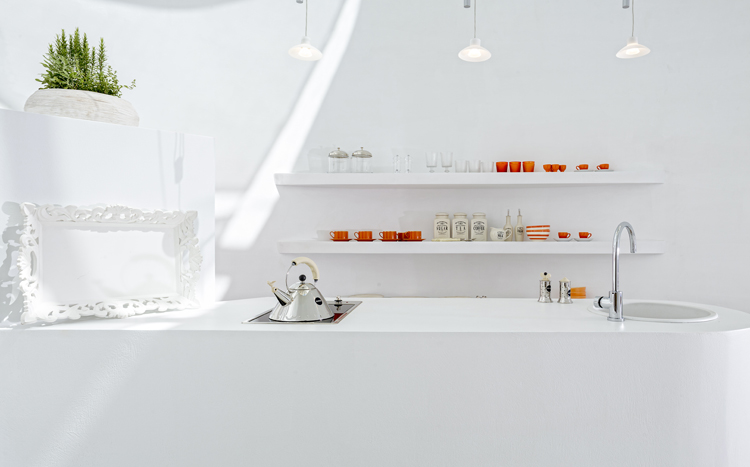 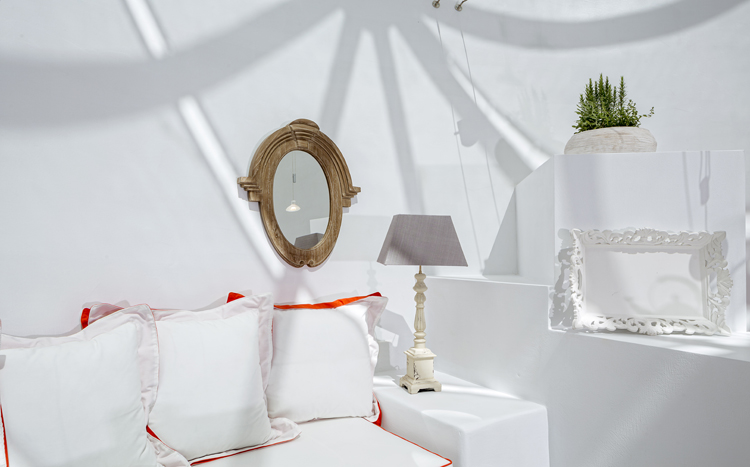 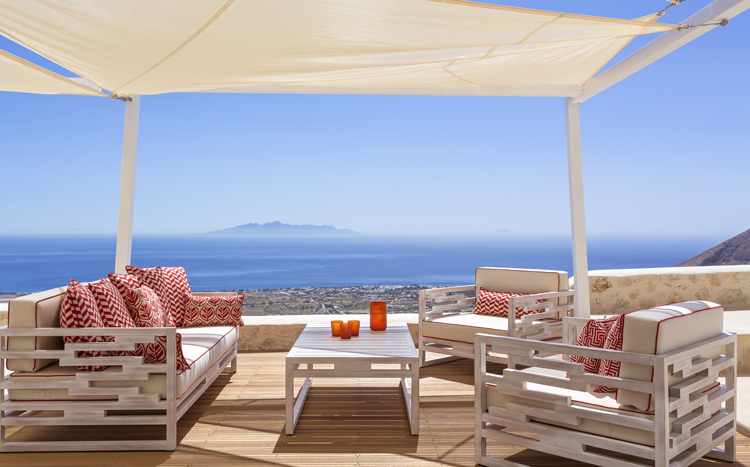 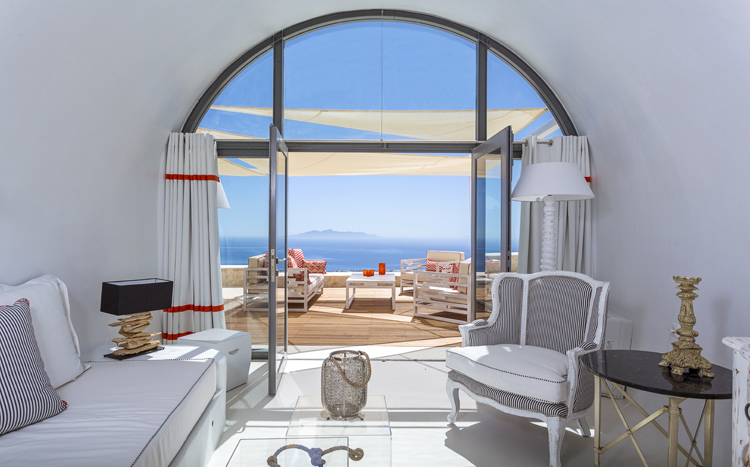 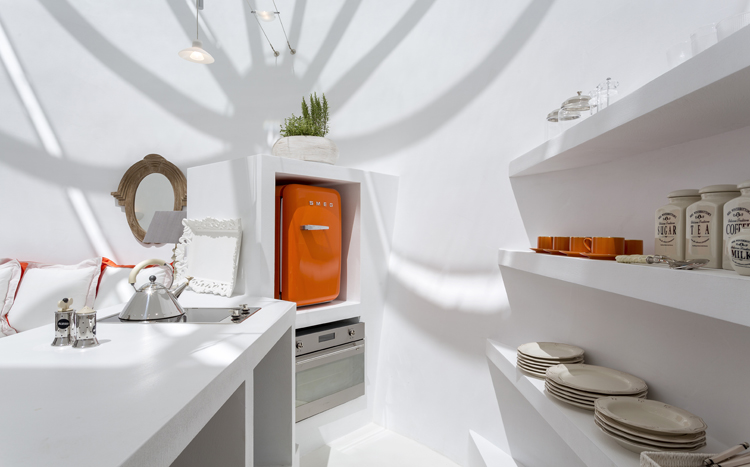 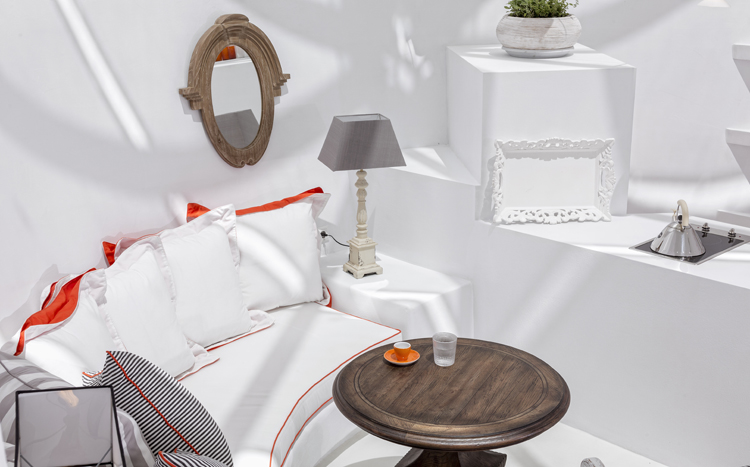 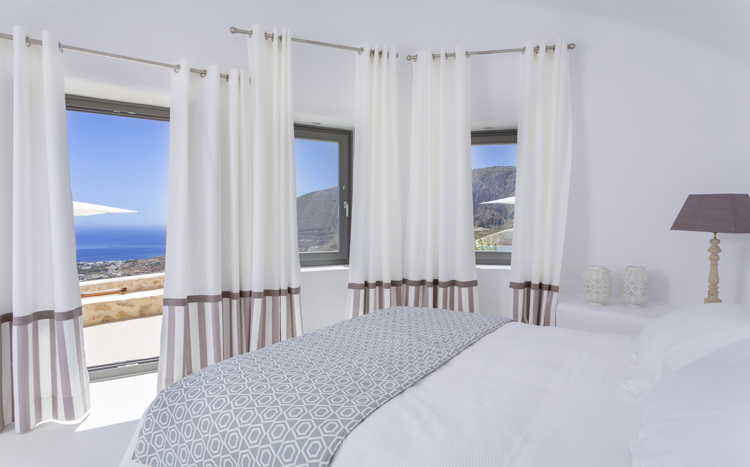 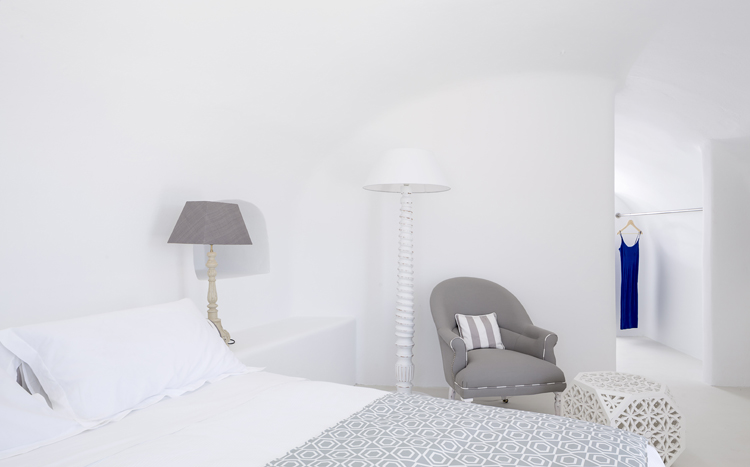 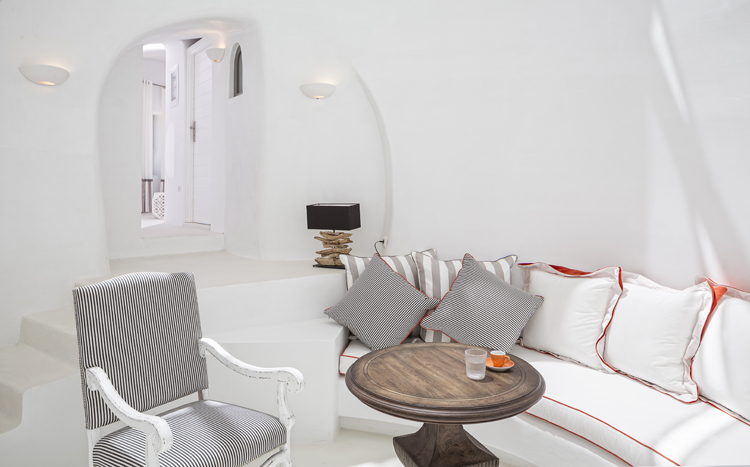 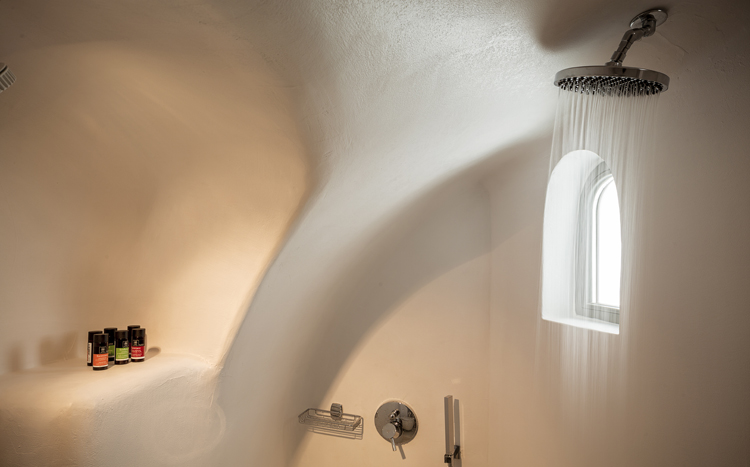 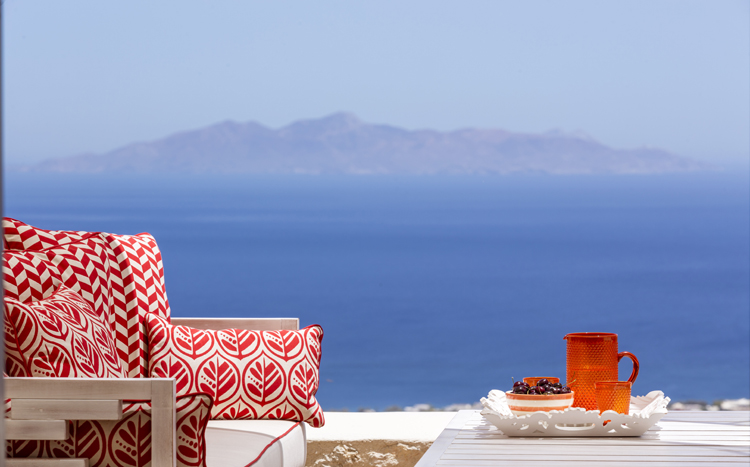 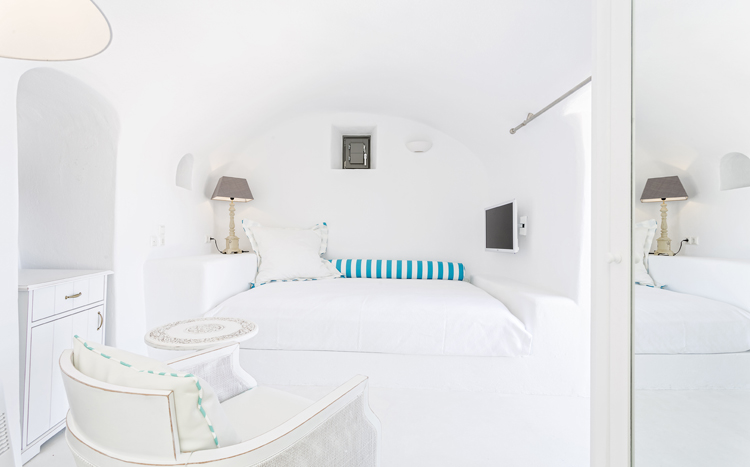 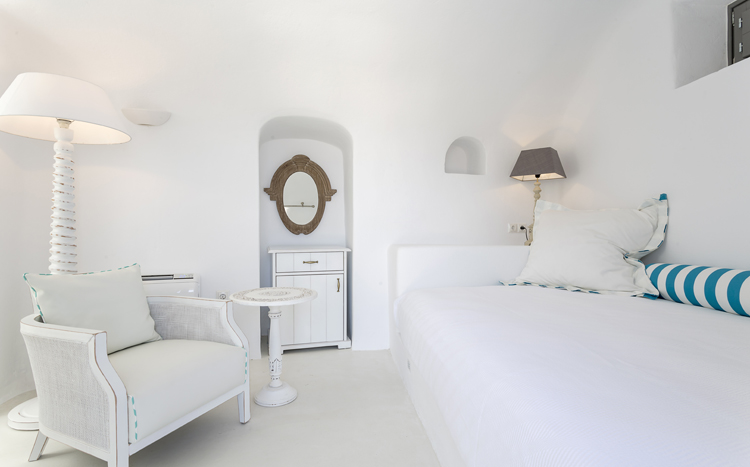 Almost sitting high in the clouds is Kamini, a breathtaking modern villa comprised of two old kilns that have been extensively restored and renovated to create a unique space with unbeatable views of the Aegean Sea on the eastern section of Santorini.

Kamini is one of those magnificent properties that has to be seen to be believed. The two sections of the former kilns have been incorporated into the new design of this stunning villa to brilliant effect, with the big kiln now forming the kitchen and living space, whilst the smaller kiln now forms the ensuite bathroom of one of the two villa bedrooms.  Both kilns stand proudly and majestically with views out to sea, and the villa benefits from each bedroom having similarly exceptional views.

A grand entrance awaits you as you enter Kamini, with a doorway constructed of glass and volcano stone. Moving inside you will note the extensive, bright and contemporary living space with a fully equipped kitchen and dining zone for up to six guests, a large lounge area with a corner sofa, designer glass coffee table, satellite television and a mural sofa that accommodates one extra guest.  The clever renovation skilfully using glass and stone was completed recently in 2014 and comes into its own at sunset time with the changing colours of the island at dusk.

The master bedroom comes with a queen size bed, en-suite bathroom and shower, whilst a private balcony is the perfect spot for sitting and soaking up the sunshine and views, just steps away from an infinity pool and Jacuzzi to fully unwind in.  A second double bedroom has a modern shower room and also comes with a balcony just steps from an inviting infinity pool and views of the eastern side of the Aegean sea.

The kitchen comes fitted with a microwave, oven, induction hob, there is an outdoor BBQ, central heating and cooling system and the villa is WiFi enabled.  There is a change of linen twice weekly and daily cleaning service is provided, included in the rates.

Fira Town is located just two kilometres from the villa, whilst Santorini International Airport is 5 kilometres, the port of Santorini at Athinios is 6 kilometres and the beach of Kamari is 4 kilometres.

Sign up for emails and be the first to know about new villa, offers and more.

This website uses cookies to improve your experience while you navigate through the website. Out of these, the cookies that are categorized as necessary are stored on your browser as they are essential for the working of basic functionalities of the website. We also use third-party cookies that help us analyze and understand how you use this website. These cookies will be stored in your browser only with your consent. You also have the option to opt-out of these cookies. But opting out of some of these cookies may affect your browsing experience.
Necessary Always Enabled
Necessary cookies are absolutely essential for the website to function properly. These cookies ensure basic functionalities and security features of the website, anonymously.
Functional
Functional cookies help to perform certain functionalities like sharing the content of the website on social media platforms, collect feedbacks, and other third-party features.
Performance
Performance cookies are used to understand and analyze the key performance indexes of the website which helps in delivering a better user experience for the visitors.
Analytics
Analytical cookies are used to understand how visitors interact with the website. These cookies help provide information on metrics the number of visitors, bounce rate, traffic source, etc.
Advertisement
Advertisement cookies are used to provide visitors with relevant ads and marketing campaigns. These cookies track visitors across websites and collect information to provide customized ads.
Others
Other uncategorized cookies are those that are being analyzed and have not been classified into a category as yet.
SAVE & ACCEPT